We are husband & wife award winning wedding film makers based in Cheshire. We have been filming weddings since 2007 and all these many amazing years later we genuinely still really love what we do and feel so fortunate and honoured to play a small role in a couple’s special day.

We are very similar in many ways, we love spending time watching films and binge watching Netflix documentaries with our rescue dog Chester and our two Burmese house cats Nyla & Ferni, cooking delicious vegan food and walking. We have recently rediscovered a love for the English countryside, but whereas Tony enjoys running, Sara prefers Yoga. While Tony will lose many hours playing computer games (Tony is an excellent drone pilot, who knew that his many years of avid computer game playing would actually have a practical application), Sara prefers to read and brewing kombucha. Basically we just love spending all our time together.

Tony was trained as a camera operator at the BBC and still works freelance for them and other production companies during the week, he is creative and Sara would say that he can be messy. Sara is super (Tony would say annoyingly) organised, detail oriented and a huge fan of lists. All these likes and differences is what has kept us very happily married for over 20 years and the perfect team filming weddings.

We renewed our wedding vows on our 20th wedding anniversary back in Las Vegas at the Little White Chapel where we were originally married in 1998. Our wedding was far from traditional, with just the two of us there, but every couple is different and every wedding is different and we love every type of wedding, big or small. At the end of the day it is about two people committing themselves to each other and there is something truly wonderful about that. 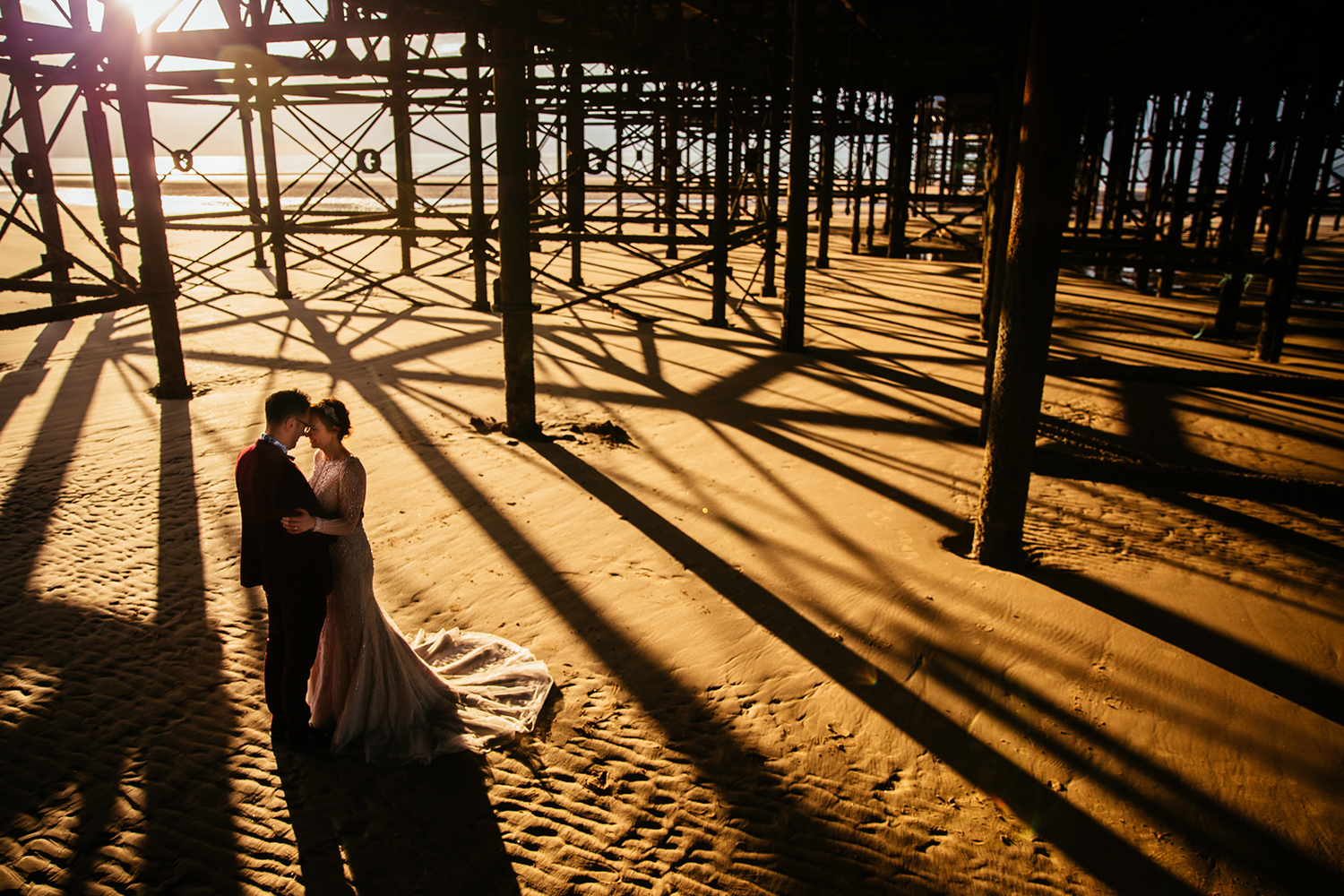 Get in touch, we would love to hear about your wedding plans and how we can capture your most precious memories forever.

To find out what our amazing couples think about us visit our Kind Words page.

Tonight is the @peckfortoncastle wedding open even

We are super busy editing away and answering enqui

It’s the turn of the page boys today; Amy’s su